Ah, Russia. They definitely do things differently over there, don’t there? And Russian authorities certainly proved that this week as they stormed and busted a brothel in the country’s second city, St. Petersburg. After doing so, instead of arresting the prostitutes and johns normally, they made them all march down the street NAKED to the waiting police vans.

‘Police burst into the building and a little while later left with naked and crying prostitutes,’ said one eyewitness.

The police raid followed a tip-off by a former kickboxer and MMA fighter called Viacheslav Datsik, a man who has declared war on prostitution in the city.

It’s a crazy scene, but you wonder – will this make them change their ways? Who knows… 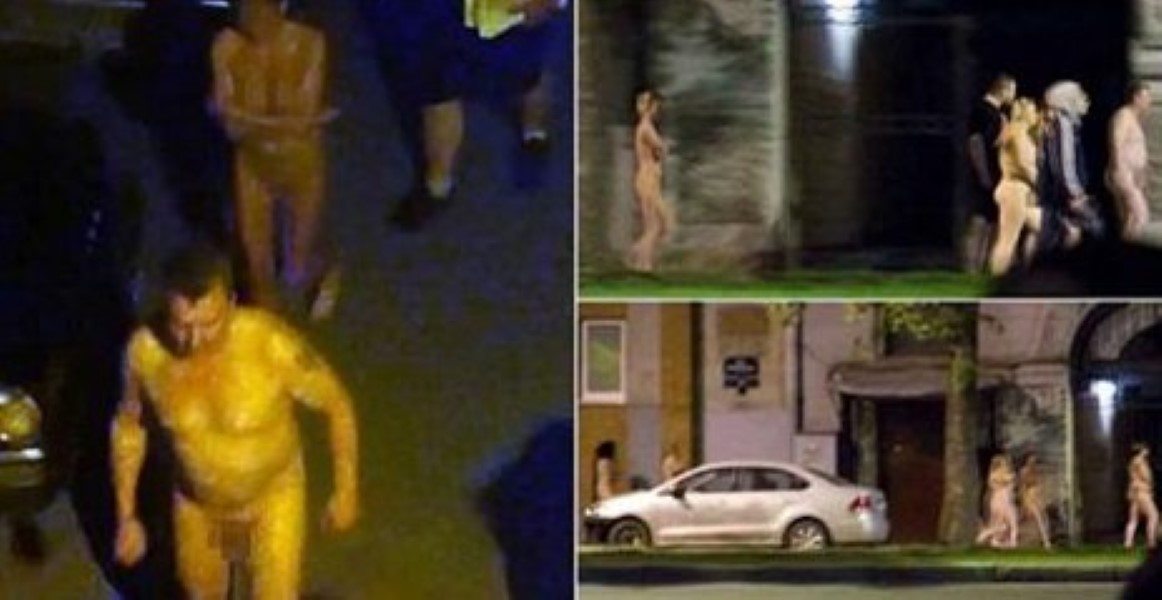 Here’s a sneaky video someone shot of what went down: