God bless Snapchat, huh? If it wasn’t for that picture-swapping app, where would we be, huh? Well, things would pretty much be the same. Let’s be honest. But, all the same, you’ve gotta love it. It’s encouraged so many girls to take rude pictures of themselves and that can’t be underappreciated.

Seeing the pics is pretty sweet. But seeing a chick taking the pics? That’s even better. And we’ve a pretty stellar example of that for you right here. A fairly creepy-seeming dude has spied something out of his window… A girl. And she’s got her pants down and cameraphone out… 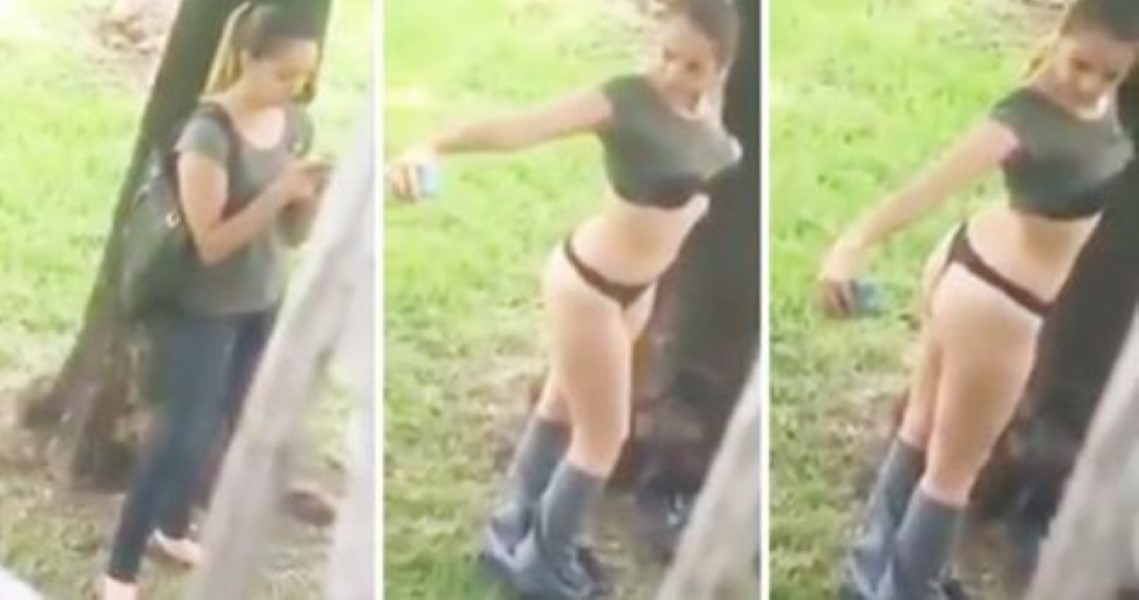 This is pretty funny, check it out: