A video has emerged of a high school teacher mercilessly breaking up a vicious school fight between two pupils, and it has got tongues wagging! In the video, we see the teacher splitting up the pair by employing a UFC choker hold, which has led to some suggesting that the man used excessive force.

In the video, we see the two boys working at a computer, when, seemingly from nothing, the pair start to trade blows. The fight quickly goes to ground, with the smaller of the two pinning his opponent to the classroom floor. 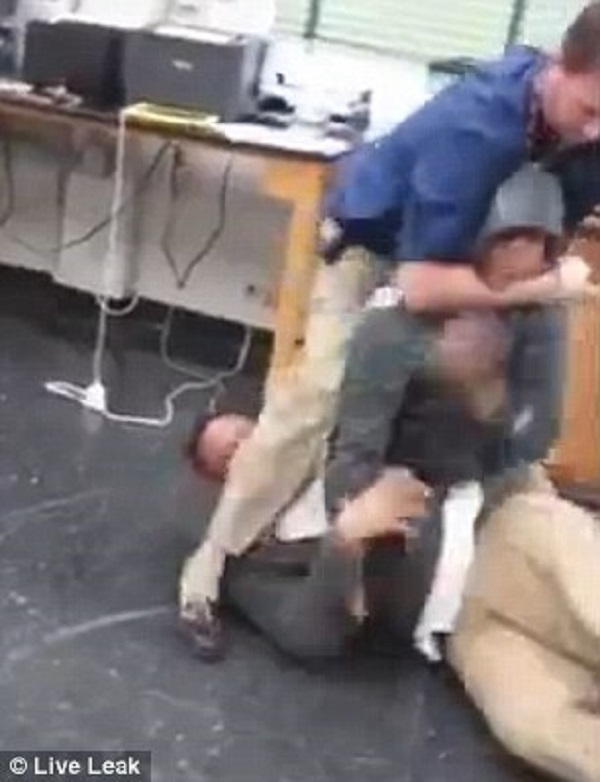 As the teacher enters the scene to break up the fight, which took place at an unknown school in America, you can hear the boy filming say “‘And it’s about to be over in three, two, one.” The teacher asks the students to stop, exclaiming “Step off or you’re going to go night-night.” However, the boys ignore him. So, the man employs a UFC choker hold around the smaller boy’s neck with his forearm, and drags him away. At this point, the rest of the class breaks out into applause and laughter.

Not long after the video was released, a number of internet users started to ask whether the teacher used excessive force in splitting up the fight. Some argue that he didn’t need to employ the choker hold, and could have done damage to the student’s wind pipe. Others, however, have said that he was more than justified in his actions.