Road rage. We’ve seen it a thousand times. But it’s normally just douchebags losing it and shouting and hitting each other with no rhyme or reason. Usually, both parties are kind of in the wrong. But that’s not the case here…

A cyclist is stopped, waiting for a pedestrian to cross the road. As she’s entitled to do. As the old lady crosses, a car behind the cyclist honks its horn. Well, alright – the driver of the car honks its horn. He’s annoyed. He gets out. He shouts. He becomes aggressive.

But the cyclist doesn’t mess about. He just drops him!

The cyclist can be heard rather menacingly shouting at the dude (in a Dave Grohl-sounding voice…): “You don’t want to f*ck with someone like me!” 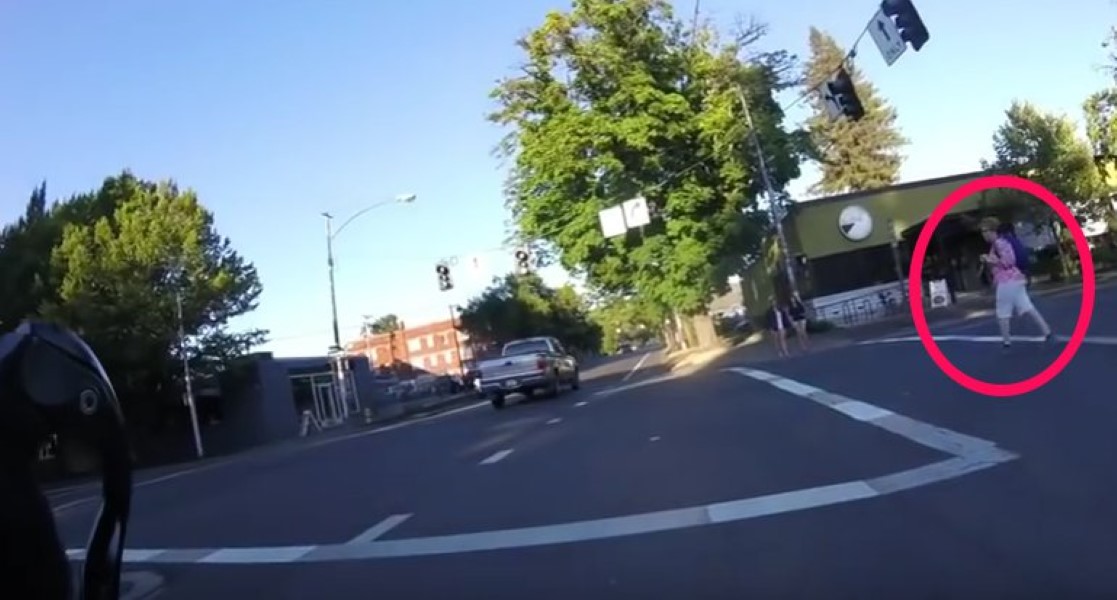 Then the driver’s girlfriend gets involved and starts going crazy. She’s lucky she didn’t get a right hander here… Some dudes might have obliged there. 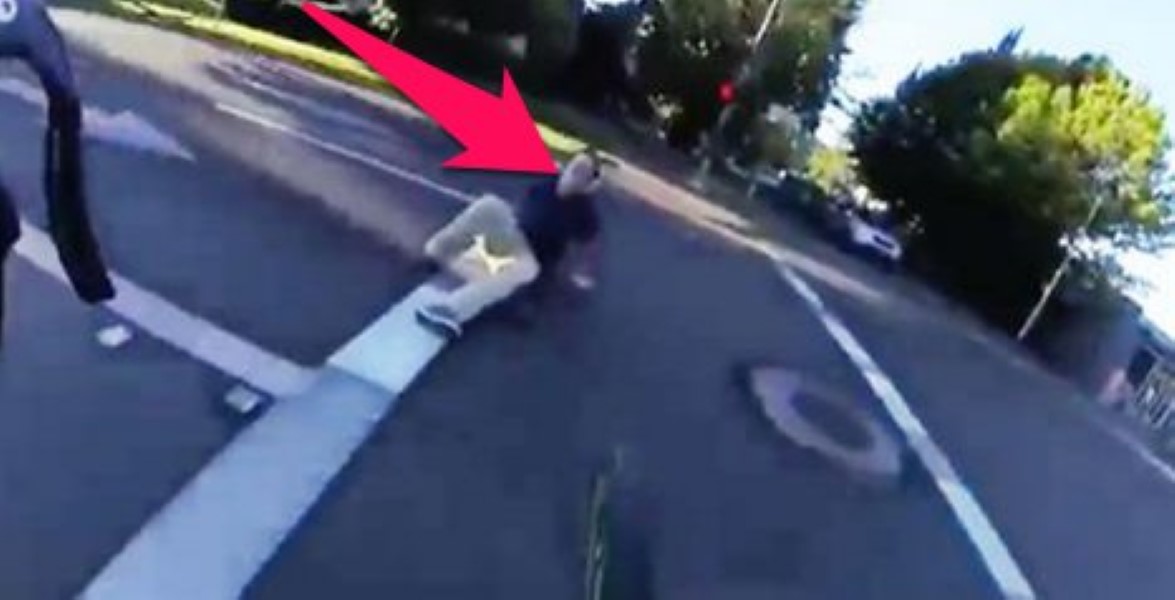