“Do Not Try This At Home!” Anyone who has ever watched WWE will be familiar with this phrase. Rarely an event goes by where the federation fails to warn any would-be copycats not to replicate the moves they are witnessing, for fear of hurting themselves, or others! Unfortunately, no-one told this guy…

Our protagonist is an inmate at a high security prison in Alabama, USA. For reasons unknown, he appears to have got into some kind of disagreement with a fellow detainee. However, he seems p****d. Seriously p****d.

All of a sudden, he attacks the other man, swiftly tackling him to the ground, straddling him and landing a number of blows to his face, before being dragged away by a fellow inmate. 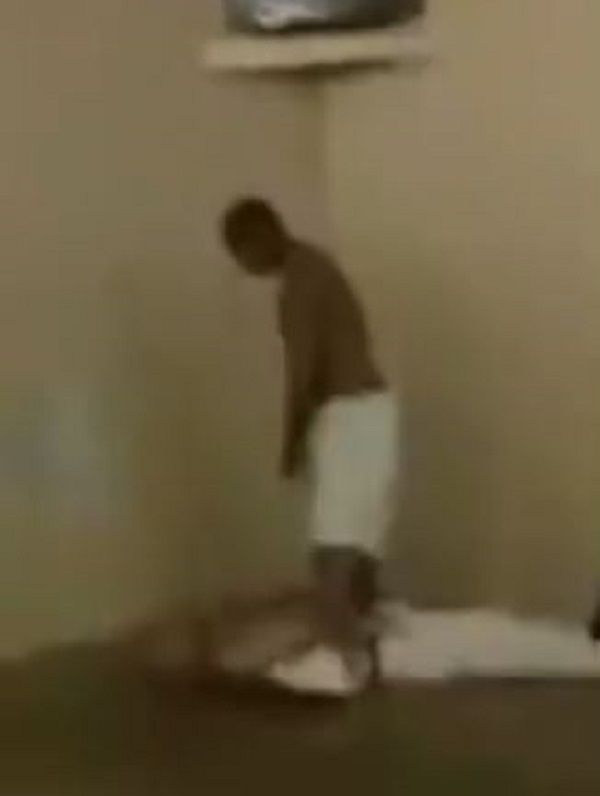 Standard prison fayre, you might think. Fights like this break out across jails up and down the country every day. No drama, surely? Well, things quickly turn weird, and incredibly vicious!

The thug suddenly decides that he is not done with his victim, and starts to rain several WWE elbow drops on the man’s head – much to the amusement of the gathered throng. He even climbs up on a bench in order to jump on the now out-cold inmate with as much force as possible. 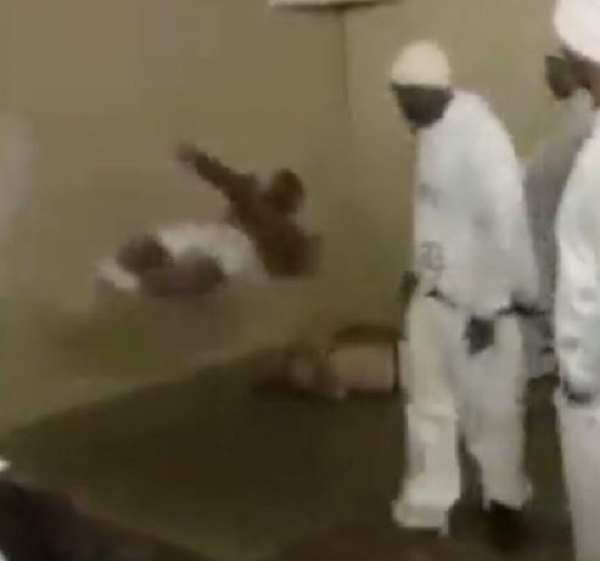 Even ignoring why the man resorted to dropping elbows on an unconscious man, I have a number of questions. Where are the guards? Who is filming the incident, and using what? And how did they manage to upload it onto social media?!

Anyway, check it out: