Any man who beats up his wife/partner is a massive a**hole. A man who does so in front of her kids is even lower than that, if that is even possible.

Earlier this month, Courtney Grace, a resident of Palm Beach County, FL, had just picked up his girlfriend and two kids from Lake Worth, when he started accusing her of cheating on him. Things escalated quickly, and Grace started beating his girlfriend in full view of the children. Whilst he was still driving he repeatedly punched the woman in the face as the two kids looked on from the back seat. After the vehicle came to a stop, the girlfriend was able to contact her father, Jimmy Morris, who quickly turned up at the scene. 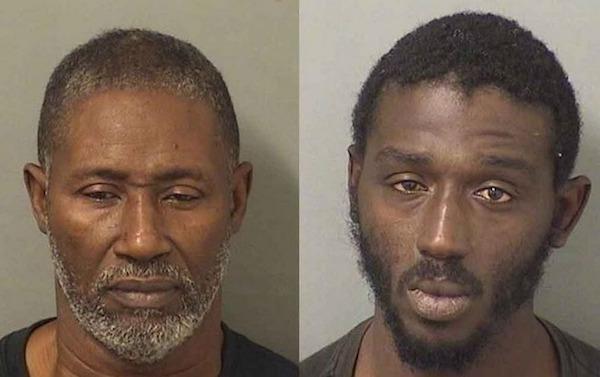 After locating Grace, Jimmy took a baseball bat from his car and struck the bully over the head so hard that the bat broke in two! Police later arrived to find Jimmy’s daughter sitting in the bed of a truck with her hands holding her swollen and bloody face. To add insult to injury, Grace tried to tell police that it was, in fact, Jimmy who had beaten his daughter. However, a crowd of people who had witnessed the assault were able to tell the police that Grace was the perp. He was swiftly arrested and now resides in jail on $15,000 bail on charges of child neglect and battery.

We’re not ones to advocate violence, but this lowlife certainly got what he deserved.