When the state of Indiana passed the Religious Freedom Restoration Act earlier this year, little did legislators realize they were paving the way for a new type of church to rise unsteadily from the couch red-eyed and hungry for Cheetos at four in the morning. Behold the First Church of Cannabis – America’s first fully-recognized religious organization devoted to green! 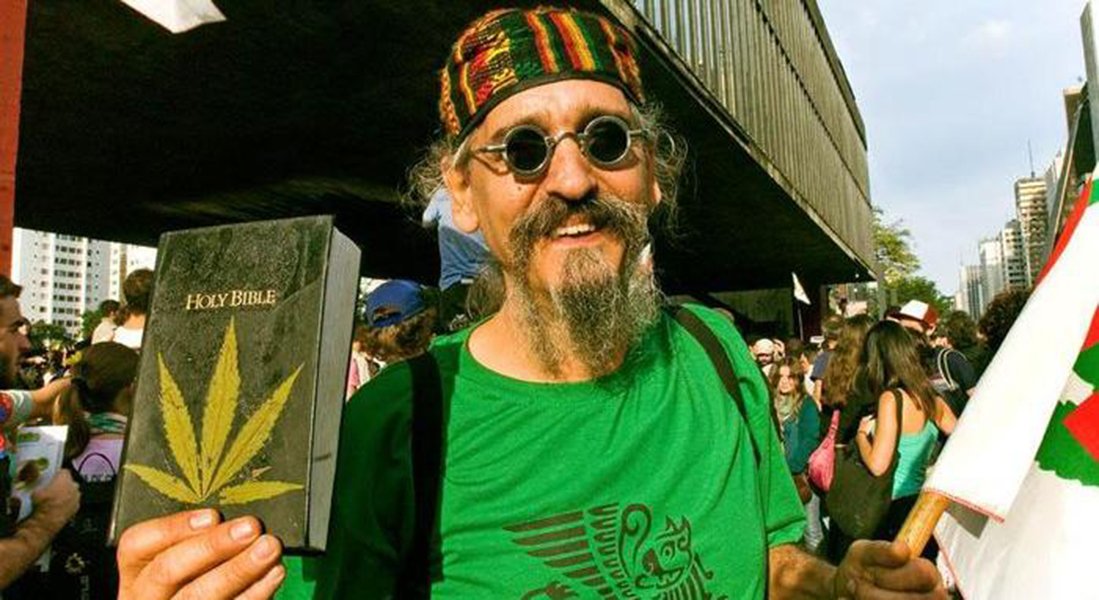 The Religious Freedom Restoration Act was originally intended to strengthen the freedoms of existing religions, but stoner king Bill Levin (pictured below) realized he could use the new law to set up a brand new religion; a religion of peace, love, understanding and smoking copious amounts of dope.

The First Church of Cannabis has been officially granted charitable status and will hold its first service on July 1st – the day the new law comes into effect. And despite cannabis still being illegal in Indiana, followers of the new church will be able to smoke the green stuff during religious ceremonies. The church is not allowed to sell or distribute the drug, but that doesn’t mean members of the congregation can’t turn up with their own supply.

The church has even made its own version of the Ten Commandments (see below), which include instructions not to behave like an a-hole and to make sure to take ten minutes out of each to day to contemplate life in a quiet space. 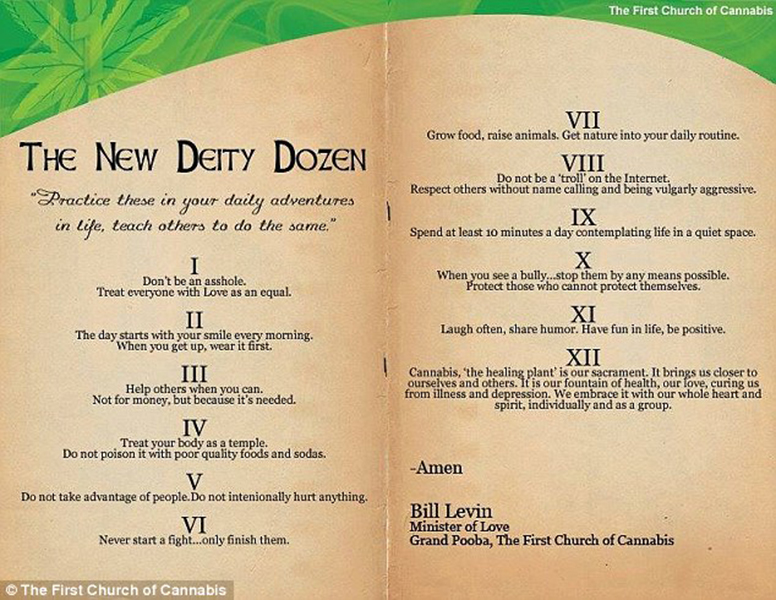 We can only presume those ten minutes will be accompanied by a smoke or two … for strictly religious reasons of course!