It’s the fight that the world has been waiting for: Manny Pacquiao versus Floyd Mayweather! Well, England’s The Telegraph newspaper is reporting that the pair have finally agreed to a ‘mega-fight’ at the MGM Grand Garden Arena in Las Vegas on May 2. A source close to the Filipino boxer told the paper that Pacquiao “completed his contractual agreements on Saturday and that Mayweather is set to sign and will announce the contest which is expected to be worth $250 million (£162 million) in the coming days.” 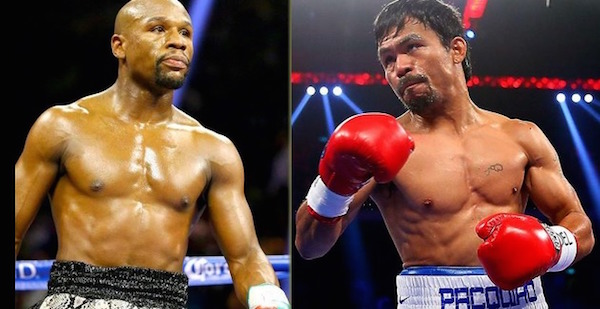 This ends almost six years of speculation that the two would meet. The negotiations behind the scenes have been less than a breeze, however. Pacquiao’s promoter Bob Arum and Mayweather’s adviser Al Haymon have been locked in discussions since November last year. The pair eventually agreed to a 60/40 cut in Mayweather’s favor. 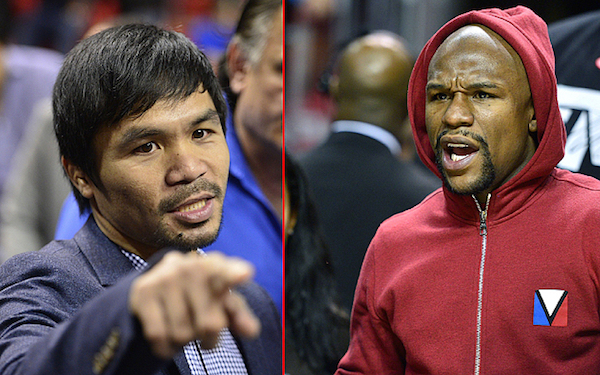 This bout will take Mayweather’s career earnings to over half a billion dollars. It’s his reputation, not his finances, that is at stake. If Pacquiao prevails, Mayweather will lose his status as an unbeaten fighter (47 fights with 26 knockouts). This worry is what is rumored to have stalled the talks for so long.

The fight is expected to smash box-office records. We will certainly be watching, and cannot wait!