Sharpsburg, Georgia. Lowlife Shalin Ren Payne attacked his stepdaughter, beating and raping her after the girl’s mother knowingly left the convicted sex offender to babysit her. The shocking incident saw the heavily-tattooed Shalin Ren Payne chase her around the house and pounce, despite his partner knowing his history.

The 29 year-old kicked down the bathroom door to reach the girl before pinning her down to the floor, choking her savagely and then raping her, all while her four-year-old brother watched on helplessly. 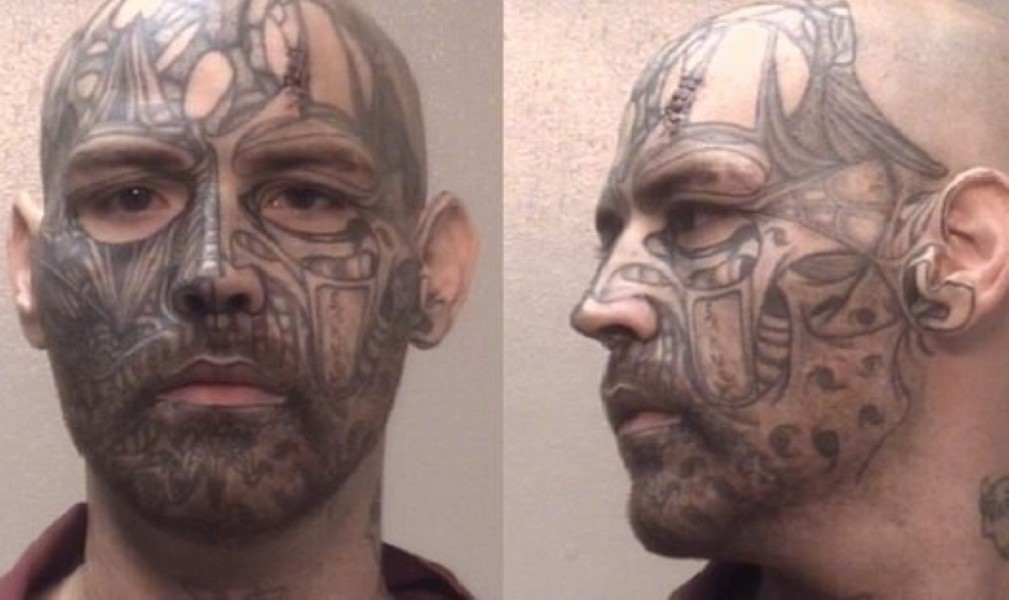 The attack only ceased when the girl’s mother returned home and smashed a glass dish over Payne’s head, leaving him to flee the house, in nothing more than a t-shirt.

The poor little girl was taken to two separate hospitals to be treated and is thought to be recovering well. Let’s hope she gets better too and this scumbag gets a huge sentence. And an enormous cellmate who doesn’t use lube…