Dating must be hard when you’re a multimillionaire star. With any prospective date you must worry that he or she is interested in you, not your money or your status. Well, when Fast and The Furious star Tyrese took a lady out, this worry became a reality!

The singer turned actor was hanging out with his date when the battery on his phone ran out. He asked her if he could borrow her cell, as he wanted to Google something, which she freely handed over. She probably instantly regretted it, as when he unlocked the phone he made a surprise discovery. She had been looking up his net worth on the website celebritynetworth.com.

How do we know this? Well soon after the incident he posted the following on his Instagram account: 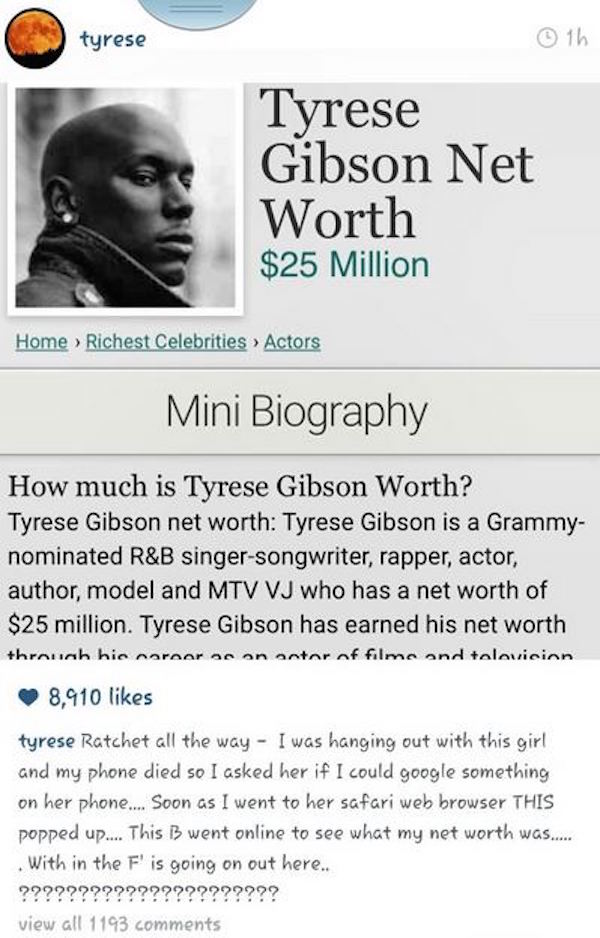 It seems as though Tyrese was p****d off with the woman, which is completely understandable. He thought that she was out with him because she liked him, not because she wanted his $$$$. 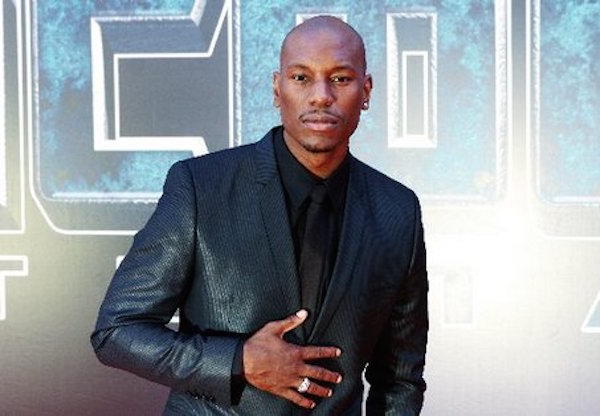 Now we ain’t sayin’ she a gold digger…