According to the English poet, William Congreve, ‘Hell hath no fury like a woman scorned’. Well, these photographs certainly suggest that he was right! After she discovered that her husband was cheating on her, this woman took her revenge in one of the most savage ways possible… Armed with what we guess was a baseball bat, she smashed the windows and lights, destroyed the dashboard and controls, and repeatedly dented the bodywork on his beloved Audi R8 sports car. 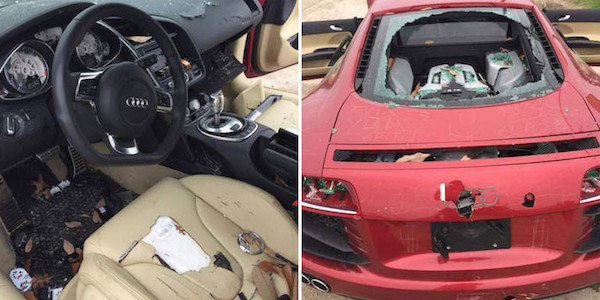 The photos also show a series of offensive messages scrawled on the vehicle, including ‘F*** You’ and ‘Kiss My Ass’, as well as a bunch of slashes on the luxury leather seats. The disgruntled wife also stole the car’s stereo. 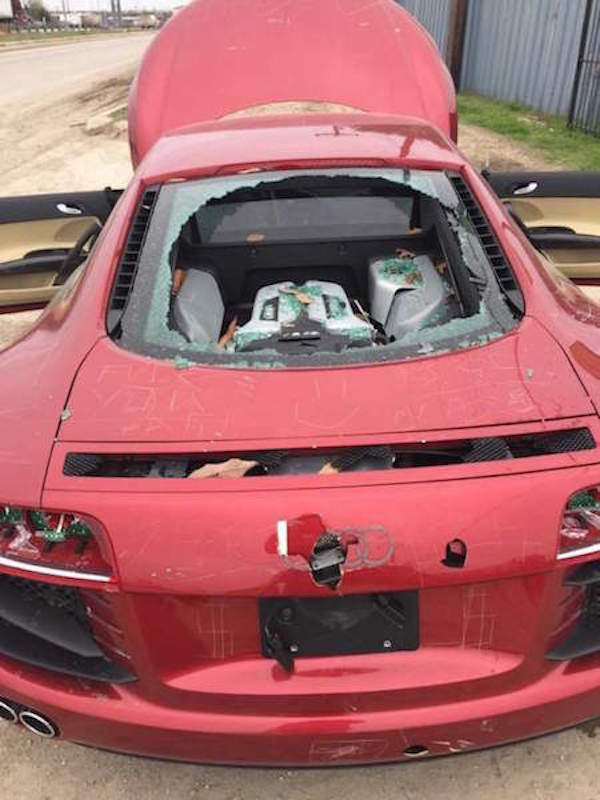 The source of the photographs is as yet unconfirmed. As we don’t know where these pictures come from, we can’t tell you whether the husband is suing his ex, or whether she got away with it. Whoever has to replace the car will have to cough up a staggering $150,000, though. Ouch! 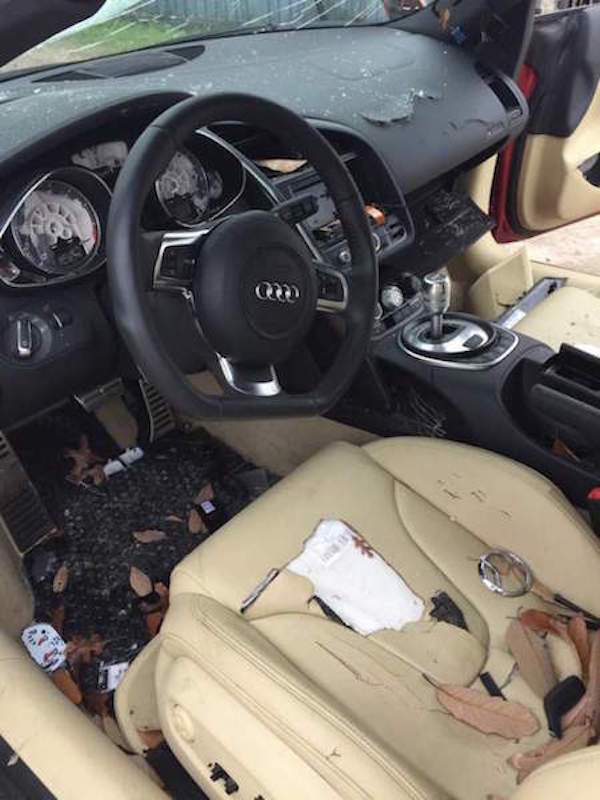 Keep it in your pants, fellas!